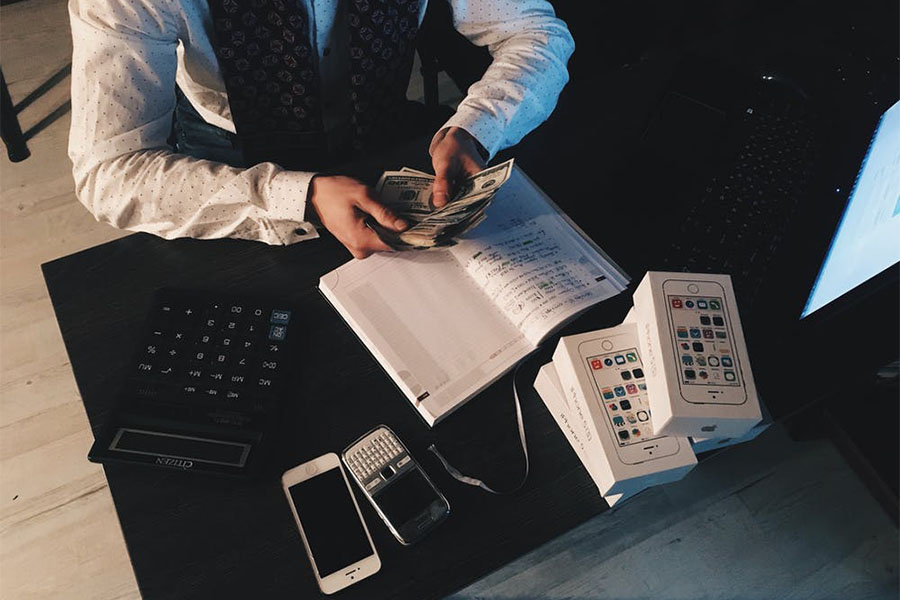 Very little can affect your financial plan as much as Washington’s policies. From the recent changes the SECURE act made to retirement planning to the tax planning changes made via the Tax Cut and Jobs Act, Washington has a lot to do with the moves we make.

With Joe Biden seemingly guaranteed to be our next president, it is essential to think about how policy changes may affect your finances. It is also vital to realize, implementing any of the strategies I mention is a risk. You are betting on policy changes that may, or may not, occur. Ensure you weigh the pros and cons of the changes and the chance that the policy changes may not happen.

Last disclaimer. This article is for informational purposes only. Please consult a professional with the details of your situation before making any changes.

Before diving into any planning changes, we need to discuss how policy comes about. All policies must start in the Legislative branch. Either the Senate or House of Congress creates legislation, and once approved by both houses, it goes to the president to sign into law. No president can create legislation, but they can make requests and negotiate with the Legislative branch. This allows them to influence legislation but not create it.

Since the Senate appears to remain in Republican control, it will be difficult for a Biden presidency to implement large scale change. Add to this the number of seats the republicans picked up in the house and the possibility Democrats could lose control of the House of Congress in two years.

Student loan reform is a significant part of the democratic platform. They have even gone as far as to float the idea of widespread student loan forgiveness. While the effect this could have on the federal budget would be substantial, it is essential to know what this could mean for you and your family.

If you are a graduate with student loans, it will be crucial to know what types of loans you have. There are three types of student loans; private, federally backed, and direct. Banks fund private loans. They have none of the forgiveness benefits that federal loans have. Federally backed loans, like the FFEL loans, are underwritten by a bank but follow government guidelines. These federal loans are guaranteed by the US government but do not offer all the federal forgiveness options direct loans do. They have the most forgiveness options and were the only loans included in the payment furlough through the CARES act.

It is reasonable to believe any significant changes will occur within the direct loan category. Since the government would be forgiving loans, they would not have to take money from the treasury to pay off loans. If you have private loans, you will most likely miss out on any changes. Federal loans that are not funded by the government may miss out also.

This convoluted student loan system means you need to understand how each loan type affects your future. The best way to benefit from the current and possible changes, forgiveness options is to focus on paying down your private loans first. It only makes sense to direct your money toward the loans that have the least likelihood of receiving any forgiveness.

If you have federal loans funded by private institutions, it may also make sense to consolidate your federal loans into a direct consolidated loan. Doing so has consequences. If you are already working toward forgiveness, consolidating may restart you at the beginning of the process. This may be a considerable risk in hopes of a policy change in your favor.

If you are a parent or student getting ready for college, it becomes even more critical to make sure your loans are direct federal loans instead of private loans. It may also be a good idea to use loans instead of cashing in your college savings. You can then use your college savings to pay for the loans. This may be a good idea at today’s interest rates regardless of policy changes, but it may also allow you time for policies to change in your favor.

Deciding between a Traditional IRA and a Roth IRA is complicated enough as is. Many people recommend a Roth IRA on the presumption that taxes “must go up” in the future to pay for our national debt. Let’s be honest; our debt is our most massive financial problem. Right now, you are around $70,000 in debt (https://www.statista.com/statistics/203064/national-debt-of-the-united-states-per-capita/), and this does not include any Covid spending.

I’m not a fan of choosing a Roth IRA because tax rates may increase in the future, but I will go into why later. I don’t like making decisions based on predictions of what may happen.

Instead, if tax legislation does change, it will be necessary to reassess your decision between a Roth and traditional IRA. As your current tax rate rises, you are more likely to benefit from traditional contributions.

One of the most massive policy changes coming in the next eight years will be appointing the next Federal Reserve Bank Chairman. Current chairman Jerome Powell’s term ends on January 31, 2028. It is more likely a Biden appointee will be more likely to keep interest rates low as democratic economic policy tends to be less concerned with inflation and more concerned with deflation.

Low-interest rates are also a strategy to deal with our national debt. Currently, we spend $378 Billion per year, just paying interest. That’s about $1100 per US citizen on about $60,000 in debt per citizen. If interest rates begin to increase, our national expenses could balloon.

Low-interest rates are not just a fear but a strategy. If lower interest rates can cause inflation, our dollar will go down in value. What that means for you and I is a $3 gallon of milk becomes $4. It also means our income will go up. As long as our income grows faster than the cost of the items we buy, we are ok. Part of the government’s strategy is just that. We spend the money today and pay for it five years later when the dollars we pay are worthless.

Here’s a more relatable example. When you bought your first house, you probably took out a 30-year mortgage. Five years into that mortgage, the payment did not feel as large as it did the first year in the house. As time goes on, if you make it to payment number 360, that payment will be your cheapest payment. At that point, you will celebrate paying off your mortgage, but the payment will be a very minor expense for your household.

If this is the case, typically safe investments will be less secure. Investments like annuities, CDs, and even bonds will continue to struggle to keep up with the cost of living increases during low-interest rates or even lose value if interest rates begin to climb.

It will also be necessary to be diverse. In many people’s eyes, diversification has not worked over the past ten years. The US stock market has been on a rocket and is in the larges bull run in history. Having a diversified portfolio has left potential investment gains on the table. If low-interest rates begin to have inflationary effects on the US dollar compared to other currencies, we could see that trend reverse, and some foreign stock markets may outperform ours. The same goes for natural resources (and no, I am not saying run and buy gold).

The truth is, it is challenging to know precisely what is going to happen next. Being diversified in a global allocation model will be more critical as debt increases, and interest rates stay low for extended periods.

When I talk about long-term investing, I want you to know I am talking decades, not years.

Following up on the interest rate discussion above, low-interest rates reward borrowers and punish savers. Being debt-free and having savings are the foundation of a stable financial household. Low-interest rates hurt that. They encourage borrowing and discourage savings.

As interest rates stay low, you will need to control your use of debt. Avoid buying into the “zero-interest” department store offers. Zero-interest for 90 days or 18 months on a few hundred to a couple of thousand dollars is not worth the time. Instead, using long-term secured debt to allow you to be invested can be a good strategy.

Examples could include investing in your 401k instead of paying down your mortgage or student loans. Secured loans with a low-interest rate and are for a term of ten years, or more may be worth carrying instead of paying off AS LONG AS you invest what you would have put toward the loan.

The truth is, many of the differences between what will happen under either candidate will be minor. Both would be limited by the other party controlling at least one of the legislative houses and past policies. Both candidates would achieve very similar policy changes. There’s very little a president can actually do without congress acting first.